All photographs in this section are copyright Eltham and Avery Hill Gardens Society and should not be used or reproduced without our written consent.

Well over 100 visitors attended the open garden and plant sale held by Mike and Rosie Hill as part of the Greenwich and Bexley Hospice Gardens Festival that took place over the weekend of 14/15th June. The weather was kind and everyone enjoyed Mike's large and well stocked garden. In addition to the wide selection of plants on offer there was also spring honey from the bee hives in the garden available to buy and which sold out. As usual the home made cakes and tea proved to be very popular. Overall a most enjoyable afternoon was had by all and over £1000 was raised for the Hospice. Thank you to everyone who visited or helped on the day.

On a warm, and at times sunny afternoon, over 100 visitors enjoyed Mike and Rosie Hill's garden on Eltham Hill. Plant sales and tea with home made cake proved very popular and many visitors bought some of Mike's home produced honey from the hives he keeps in the garden and on his allotment at Pippenhall.

The society would like to thank Mike and Rosie in particular for hosting the event, together with all the volunteers who helped on the day or who baked such delicious cakes in advance, and of course all of the visitors who came along and made the afternoon such a success. 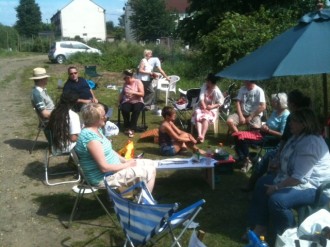 Pippenahall tenants enjoy a sunny Sunday afternoon instead of weeding.

Take a look at the 2011 Show held in September 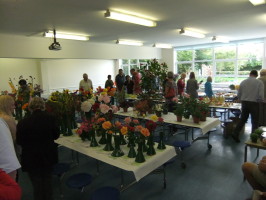 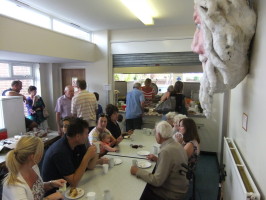 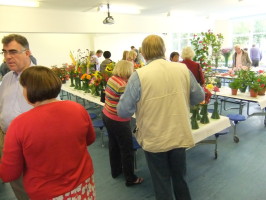 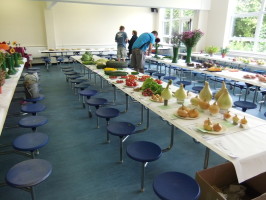 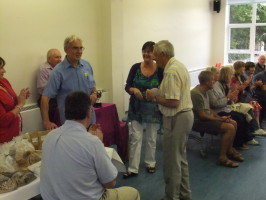 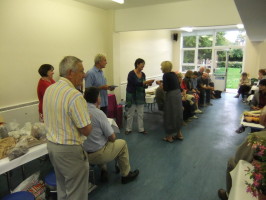 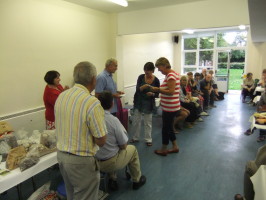 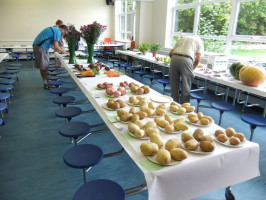 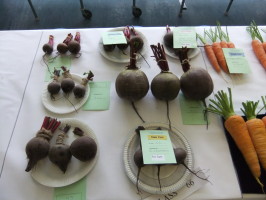 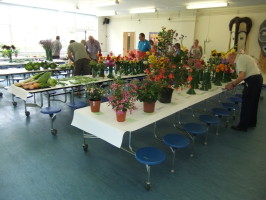 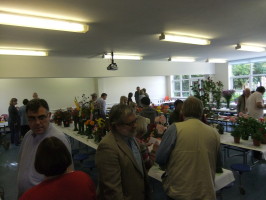 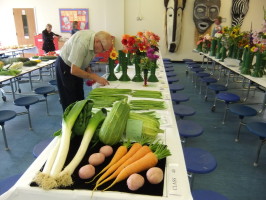 The chairman inspecting runner beans at the 2011 Show 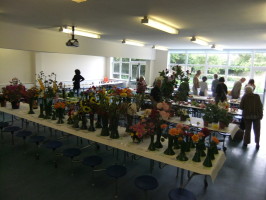 The allotment shop at Pippenhall is now open for the 2022 growing season every Sunday between 10am to midday.

Please could all tenants make sure the gate is always shut fully after entering or exiting the site and not to let anyone on site who does not have a key for the gate. There have been a number of instances of theft and sheds being broken into in recent weeks and we would ask tenants to report any suspicious activity to both the police and Greenwich council parks and open spaces department.

One of our members has experimented with growing potatoes in bags over the last two years. Read about his experience and advice to other container growers here

One of the tenants at Pippenhall has recently started a Pippenhall allotment blog. Have a look for yourself and register if you would like to contribute to this community. Click here to visit the blog

(please do not use this address for correspondence)